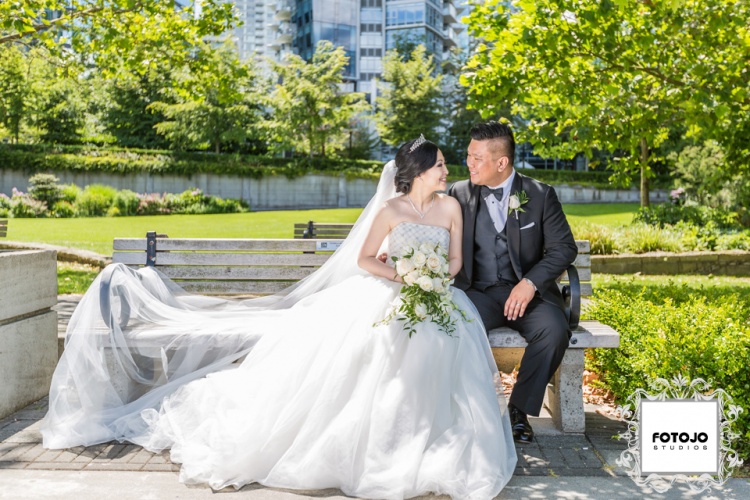 After that magical surprise proposal last December, the day of Stephanie and Kevin’s wedding has finally arrived!  We started off the day bright and early with some getting ready shots at the bride and groom’s places.  The guys stuffed their pockets filled with red pocket money and went through their game plan before arriving at Stephanie’s house.  It was hilarious to watch the bridesmaids wax Kevin’s legs and make him sing and dance.  Kevin was such a good sport with all the door games and generous with all the bridesmaids that he had no problem getting his bride on time.  We arrived at the Celebration Pavilion where the piano was playing and all their closest friends and family awaited their arrival.  The ceremony was beautiful. Congratulations Stephanie & Kevin!