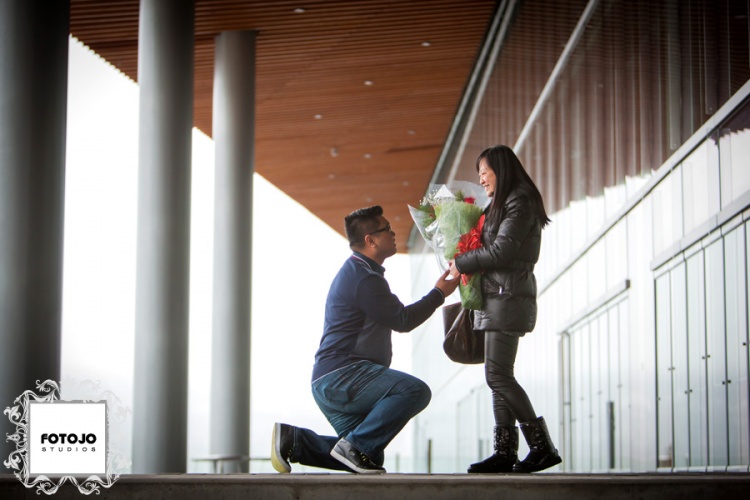 Hooray Stephanie said YES!  About a week or two ago, Kevin asked me to help him plan his surprise proposal.  We went location scouting to see where would be the best location.  He had a great idea of getting Stephanie’s best friend to take her out for lunch at the Cactus Club near where we were hiding out.  At the end of their lunch, Stephanie watched a video clip of her and Kevin’s journey together.  She was then led out of the restaurant to the steps where Kevin proposed!

Congrats to Kevin & Stephanie on being officially engaged!